A few nights ago I had a chance to drink a bottle of Cerise Sour Blond, my first beer from Almanac Beer Company of San Fransisco, California.  A relatively young brewery, Almanac was founded in 2010 by former homebrewers Jesse Friedman and Damian Fagan.  Almanac’s “Farm to Barrel” beers were born from Jesse and Damian’s homebrewing days when they would frequent the local farmer’s market looking for special ingredients to add to their beers.  Now as professionals, they begin each of their recipes by collaborating with different local farms and orchards to source the particular fruit or vegetable that will add character to each batch.

Almanac focuses on the production of sour and barrel aged beers.  Their “Dogpatch” sour culture, named after the brewery’s neighborhood, not only contains a mix of wild Belgian and American yeast strains but also organisms from a local San Franciscan sourdough starter.  Cerise Sour Blond is a light blonde ale aged in wine barrels on both Ranier and Bing cherries from Bella Viva Orchards. 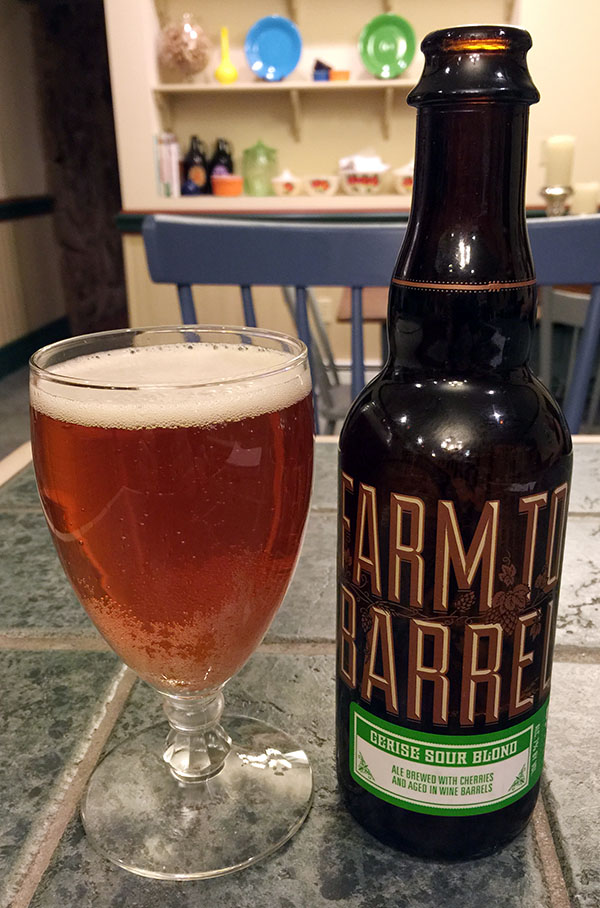 Cerise poured clear and golden copper in color with the slightest of pink hues, forming a light white head.  I could detect a complex blend of aromas and each was low to medium in intensity without any one standing out clearly above the others.  These included light Belgian phenols, lactic sourdough, white wine oak, and some fruity cherry aromas.  I could also pick up some classic funky Brettanomyces notes of dough, hay, and musty damp basement.

When tasting Cerise I was greeted with a crisp clean acidity and some of the same light Belgian phenolics that were evident in the aroma.  The beer’s souring seemed to be primarily the result of soft lactic and natural fruit acids with a low level of acetic acid and ethyl acetate adding a mild sharpness.  The beer’s small portion of acetic acid did not produce a distinct vinegar character and the ethyl acetate was well below the threshold where it could taste solvent-like.  Cerise’s cherry flavors were subtle, adding a white wine fruity quality to the beer.  I definitely enjoyed the complexity that this wine character provided.  Additionally, Cerise’s time spent in barrels had imparted some neutral oak character that reminded me of Russian River’s Temptation.

I couldn’t detect any notable hop character in Cerise and the beer’s pale malt profile was fairly subdued.  This produced a nice clean canvas for both the beer’s fermentation and fruit characteristics to be showcased.  As in the aroma, I could taste some moderate levels of Brettanomyces hay and sourdough funk in the flavor profile.  The beer had a light to medium body with moderate carbonation.  Cerise finished dry with a low to medium level of oak and fruit tannins which aided in the perception of dryness.  At 7% ABV, the beer’s alcohol presence was transparent and I could detect no notable off-flavors. 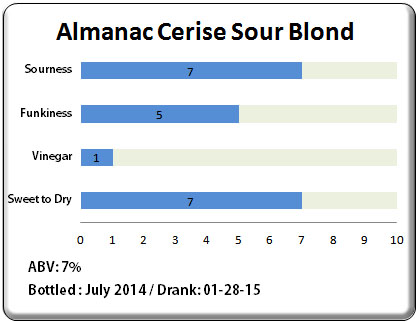 Overall, Cerise Sour Blond was a tasty and refreshing American sour ale with a nice portfolio of wine-like oak and fruit complexity.  The beer was clearly well made and it has definitely fueled my interest to taste more examples from Almanac Beer Co.  I have always really enjoyed sour beers that share some flavor commonalities with wines and I thought this was a great example of such a beer.  I think this would be an excellent sour to pair with baked fish or chicken dishes.  I personally will be on the lookout for more bottles from Almanac and I think that anyone who gets the chance to do so should taste this beer. 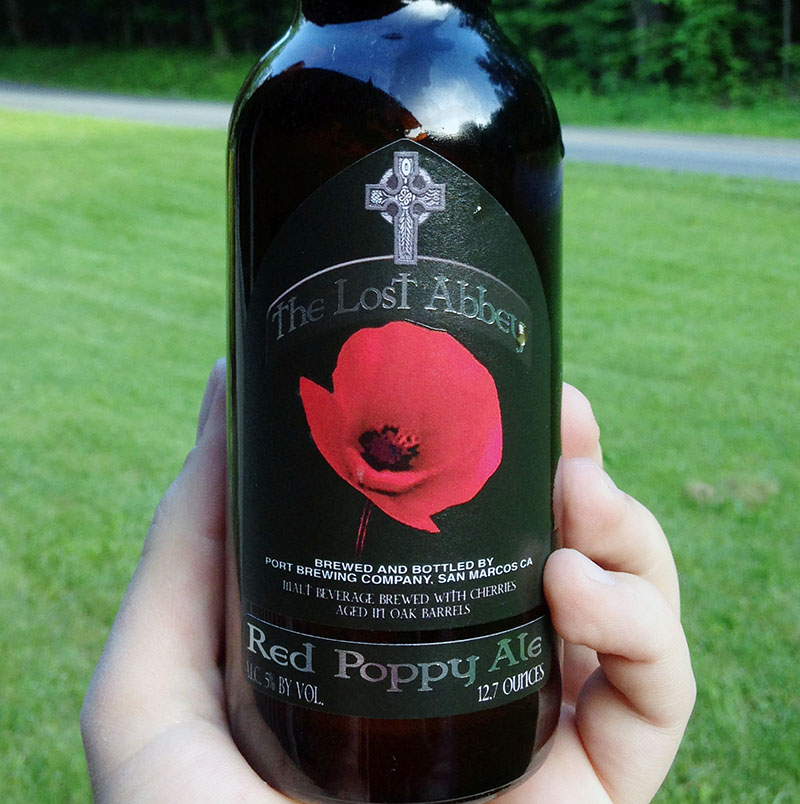 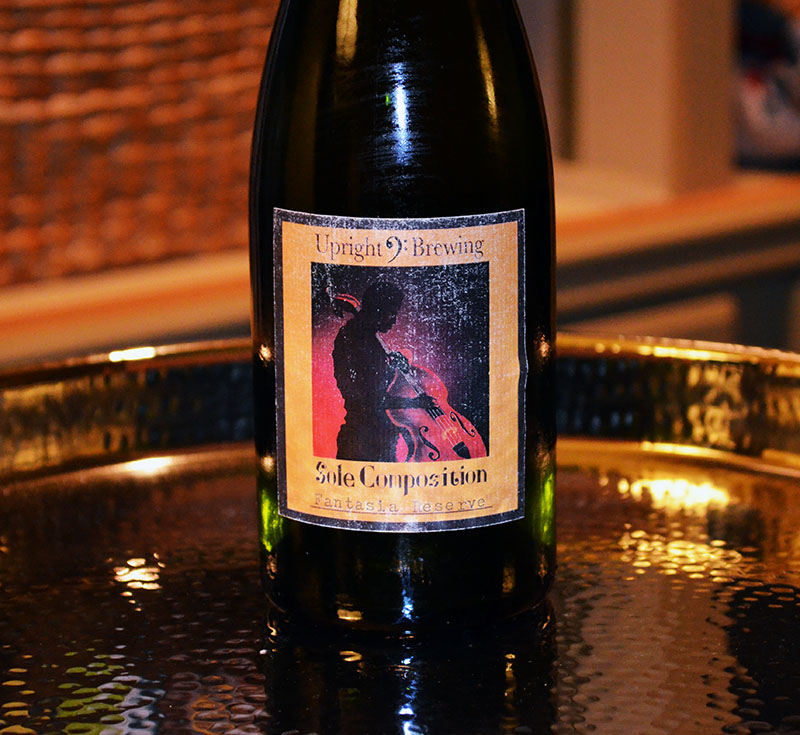